Yap Visitors Bureau is making a concerted effort to promote the research and preservation of Yap’s World War II history. In this undertaking, we have partnered since 2008 with Patrick (“Pat”) Ranfranz whose uncle, T/Sgt John R. McCullough, was shot down and declared missing on June 25, 1944.

Pat has actively researched much of the history of WWII on Yap and recorded his findings on his website at www.MissingAirCrew.com and on Facebook at www.facebook.com/groups/missingaircrewproject. 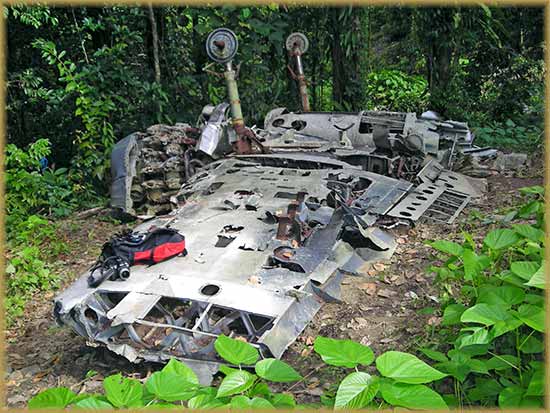 According to Pat, “The Missing Air Crew Project, and the MissingAirCrew.com website, is dedicated to the memories of the 10 crew members of the Coleman B-24 Crew (13th Air Force, 372nd Bombardment Squadron, 307th Bombardment Group) who were shot down by a Japanese fighter over Yap Island and declared missing on 25 June 1944. My uncle, T/Sgt John R. McCullough, was the Assistant Radio Operator on the missing B-24. Although it’s been sixty years since the plane went missing, it’s never too late to start the search for the Coleman Crew. The crew should not lie anonymously in the waters near Yap Island. The crew member families need to know where their loved ones lie. 78,000 servicemen from WWII are still missing in action. Their bodies never have been found and their families never have known the peace of closure. My name is Patrick Ranfranz and this site is my vehicle to find out more about the lives and times of the Coleman Crew members and to find the missing plane!”

Pat has taken numerous trips to Yap Island since 2005, has visited the National Archives and other research locations, and made close to 100 dives to document more than thirty-five American planes and 110 men who were shot down near Yap and are still unaccounted for. In addition, he has received help from History Flight, www.HistoryFlight.org, which provided underwater search equipment such as side-scanning sonar and magnetometers. 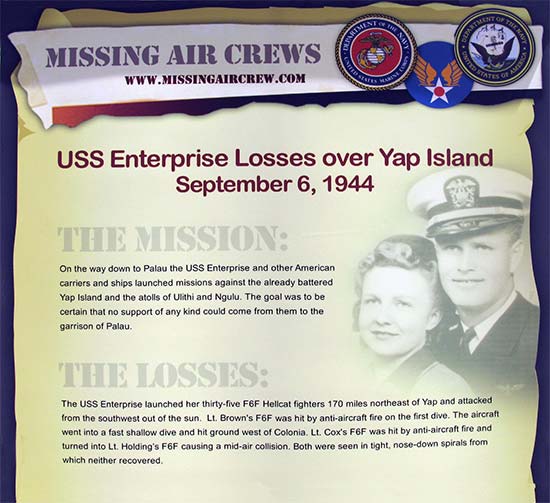 Along with aviation historian and founder of History Flight Mark Noah, Pat and his wife Cherie have visited Yap multiple times since 2005, assisting the Yap Visitors Bureau in saving the wreckage of a VF-20 F6F-5 Hellcat from a government landfill project. Lost over Yap on September 6, 1944, this aircraft was off the USS Enterprise. Flown by Ensign Joseph E. Cox, his remains were recovered and interred in a private cemetery in Idaho.

Pat has generously offered to share his years of detailed research conducted for the Missing Air Crew Project with the residents of Yap and our visitors.

Since its inception, the partnership between the Yap Visitors Bureau and Pat has included creating memorial signs and markers to remember the missing men and planes as well as resources and training for the Yap tourism industry to document the WWII history of the island to share with visitors. A guided excursion can be arranged for visitors interested in touring these sights. 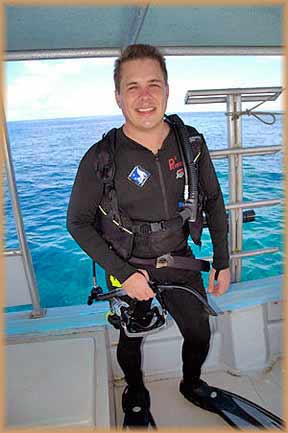 With a degree in History & Anthropology, Pat is the founder of the Missing Air-Crew Project and Historian for the 307th Bomb Group, www.307bg.org. He has devoted more than twenty years to the investigation and search for his missing uncle and other men who were shot down near Yap Island in World War II.  In his “paying” career, Pat is a successful marketing executive. He spent sixteen years in educational publishing and is currently the marketing director for Rice Lake Weighing Systems, a world-wide private weighing company in Eau Claire, Wisconsin. In addition, he is an accomplished private pilot, marathon runner, diver, historian and all-around sportsman.

On July 27, 2010, The Yap Visitors Bureau (YVB) and the Missing Air Crew Project (MACP) dedicated one of the most unique World War II memorials in the Pacific. The site displays the wreckage of a plane flown by Ens. Joseph Cox (from Idaho), symbolizing the tremendous sacrifice and loss of human life near this Pacific Island during WWII.

In the historical context of WWII and the Pacific theatre, American losses near Yap (now part of the Federated States of Micronesia) were substantial yet continue to be overlooked even today.
Strategically located between the Philippines and Guam, Japanese-occupied Yap was targeted almost daily from June of 1944 to August of 1945 at the cost of hundreds of American men, 110 of which remain classified as missing in action (MIA).

The memorial displays the actual wreckage of an F6F-5 Hellcat flown by Ens. Joseph Cox, one of 36 American planes that fell near the island. Joseph’s plane was shot down with three other Hellcats from the USS Enterprise on September 6, 1944 and was recovered moderately intact. “It is truly one of the most unique wrecks and now memorials in the Pacific,” explains Pat. “After the war, most of the wreckage throughout the world was picked over and removed. Fortunately in this case, the Yapese have respected the wreckages as grave sites and taken care to preserve them and remember the American men who lost their lives during the war.”

Attending the dedication were Yap Governor Sebastian Anefal, US Ambassador Peter A. Prahar and other dignitaries along with the 90-year-old brother of the pilot, Ellis Cox of Idaho. 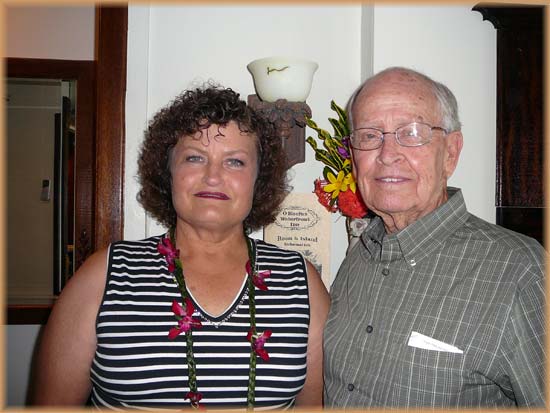 On July 24-28, 2010, U.S. Ambassador to the FSM Peter A. Prahar traveled to Yap State to participate in the dedication ceremony of the Ensign Joseph E. Cox Memorial, named in honor of a U.S. naval pilot whose F6F-5 Hellcat fighter plane was shot down over Yap on September 6, 1944. Members of the Cox family, including Joseph’s brother, as well as members of the family of Ensign Howard Holding, who was killed in the same mission, were honored guests at the ceremony. Yap State Governor Sebastian Anefal and Lieutenant Governor Tony Tareg also took part in the well-attended event.

Spearheaded by U.S.-based Missing Air-Crew Project and History Flight Organization and with the support of the Yap State Visitor’s Bureau and the Yap State Departments of Public Works and Public Safety, the memorial recognizes the over thirty-six American planes shot down in WWII near Yap State and the 110 American men who remain missing in action. In his remarks, Ambassador Prahar stated that: “These individuals and organizations have teamed up to ensure that at long last there is a proper, permanent memorial to Ensign Joseph E. Cox and all the other men who lost their lives near Yap during World War II, some of whose remains have not yet been recovered.”

Ambassador Prahar also said “I can’t think of any greater honor for an American Ambassador than to stand before the families of servicemen who have fallen in defense of freedom in order to recognize their service and to ensure that their sacrifice will not be forgotten.” Speaking about those killed in Yap during WWII, the Ambassador said that “Those who knew these heroes personally carried with them throughout their lives the sacred memory of their beloved son, brother, husband, and father who gave his life so that others may live in peace and freedom I can also assure you that their sacrifice and the sacrifice of the other servicemen who died here have not been forgotten by the people of Yap.” He quoted the American author James Michener’s “Tales of the South Pacific”: “They will live a long time. They had an American quality.”

The Ambassador also recognized Mark Mathow, the brother of U.S. Army Staff Sergeant Steven G. Bayow who was killed in action in Iraq in 2005, and Robert Finniginam, father of Specialist Eric Finniginam, who was killed in action in Afghanistan on May 1st of this year.
Representing U.S. Navy Commander of the Marianas (COMNAVMARIANAS) Rear Admiral Paul Bushong, Military and Civilian Affairs Commander Bryce Gibb thanked FSM citizens who fight alongside U.S. citizens in the U.S. Armed Forces worldwide. Cdr. Gibb rendered the military honors and presented American flags to the Cox and Holding families.